Cards On The Table 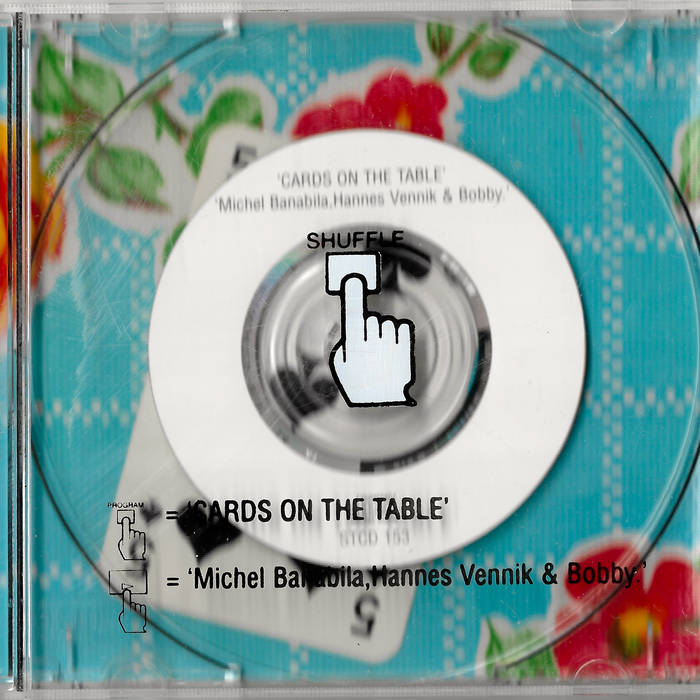 'Cards On The Table' was a Staalplaat release in 2000
by Michel Banabila, Hannes Vennik & Bobby.

"Cards On The Table" is not a traditional music release.
The material was brought in by three players at their numerous meetings. It involves no instruments, but everybody brought sound material on tape, which was collated and collaged on harddisc.
By using a deck of playing cards, various combinations and mixes were proposed. To enhance the idea of shuffling a deck of cards, the CD was presented as a"shuffle" mode CD.
Everytime you play this a new total composition arises.
During talks the three discussed the atmosphere, rather then rhythms, chords or melodies.

In just under 19 minutes you get 28 tracks which quickly change
atmospheres, locations. Rhythms come and go, resulting in a frentic
collage. Edited with great care with lots of surprises.

This CD was a 5" CD with 3" playing. The print is all on the jewel case
(like Staalplaat's Material Series) and also comes with a Mexican
table cloth and of course a playing card.