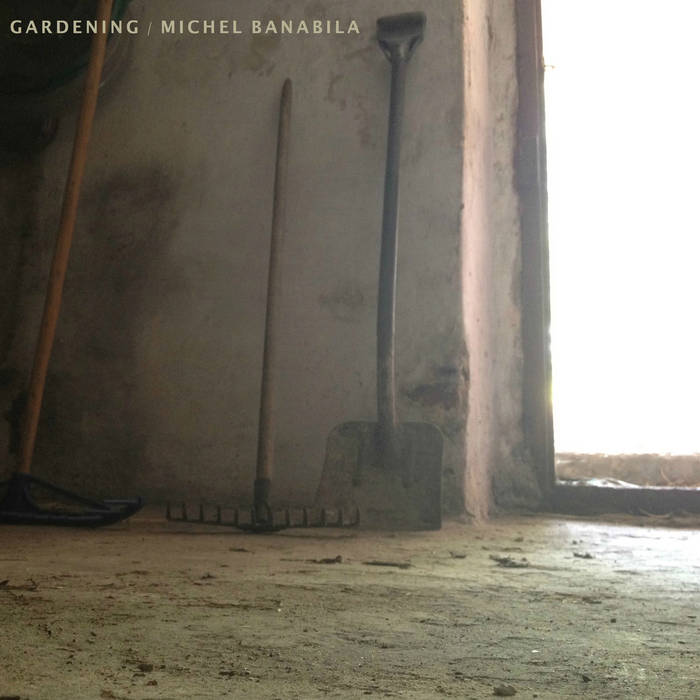 AMBIENTBLOG :
Just when you thought you might have a good overall impression of his work, Banabila manages to present a completely different direction with his latest release: "Gardening". His musical output covers a wide range of genres, from dark electronica (like his recent "SumDark12" release, or "The Latest Research From The Dept. Of Electrical Engineering"), via world music crossover (like "Migrations"), to cinematic ambient- jazz (like "Route Planner" & "Fields of Flowers") - and that's not even mentioning his impressive scores for theatre and dance productions (some of it collected on the massive "Hilarious Expedition" set) . The start of the inspiration for "Gardening" came from an invitation to perform an improvisation session using sounds from the 1964 movie "The Woman in the Dunes" ("Sunna No Onna") at Worm, Rotterdam (before screening the film), and from listening to the Disquiet Junto group on soundcloud.  Creating this album was an exercise in restraint, going back to basics, using only natural sounds - the sound of a room, the environmental acoustics of everyday life... sounds that were natural by origin, familiar maybe, though not heard every day any more. The result is a natural contrast to widespread electronic production and digital delay effects. Though most of the basic material comes from "found sounds", this is not a pure "environmental field recording" album, since the samples are heavily arranged, creating rhythmic patterns, and electronic background effects are added to the sound palette. But the electronic additions are sparse, in a way back-to-basics too.

With "Gardening", Michel Banabila stepped out of his comfort zone, investigating new territories of sounds and silence.
If you thought you knew Banabila's music - think again ! "
(Peter van Cooten), August 2012.

WORM / CONCERTZENDER:
Another work of electronically processed sounds, but with extensive use of field recordings, that sound as if indeed they were taped while gardening. The amplification of a spade for instance. Raking the grass, picked up with a rusty contact microphone. No heavy electronic processing, but rather gentle. Sometimes a loop or two, giving the feeling of a small song, backed up by other tiny events. It's not music in the generally accepted sense, but it's not exactly 'ambient' either. Intimate seems the right word here. (Mariette Groot).
----------------------------------------------------------