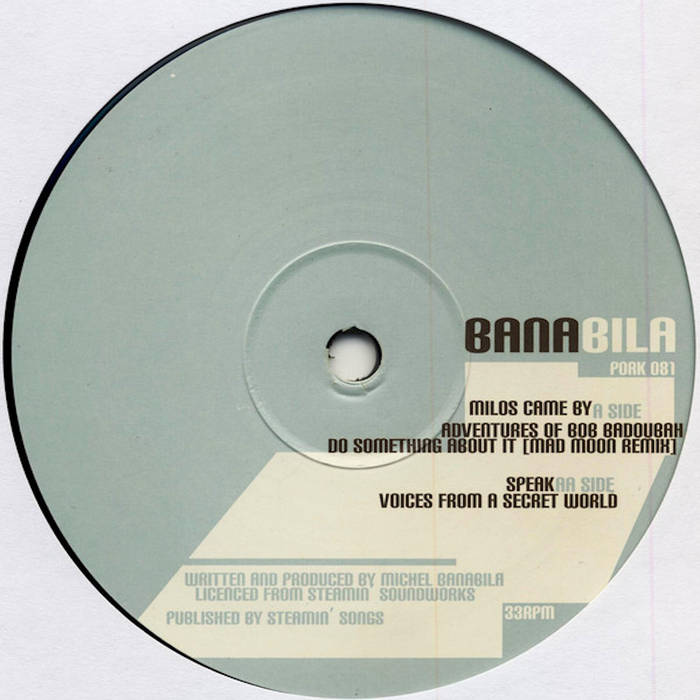 Fresh from the release of his album 'Voiznoiz' last Autumn, Banabila returns with 'Milos Came By' the first single to be taken from the album. Based in Rotterdam, Banabila has been producing music for over 10 years, mainly on the Dutch art scene. This 12' gives you an idea why, since the release of the album, they can count a certain John Peel amongst their biggest fans. As well as the beautiful ethnic-tinged downbeat opening track 'Milos Came By' there's the Scruff'esque sprightly jazz breaks of 'Adventures Of Bob Badoubah ', and the Mad Moon remix of 'Do Something About It'. On the flip you'll find two brand new tracks, the genre-defying 'Speak' and haunting 'Voices From a Secret World'. All in all we're sure you'll agree it's quite a trip!! Avant Garde it may be, but only a hard heart would remain unmoved.' (DJ Pathaan) porkrecordings.kudosrecords.co.uk/release/pork081/banabila-milos-came-by