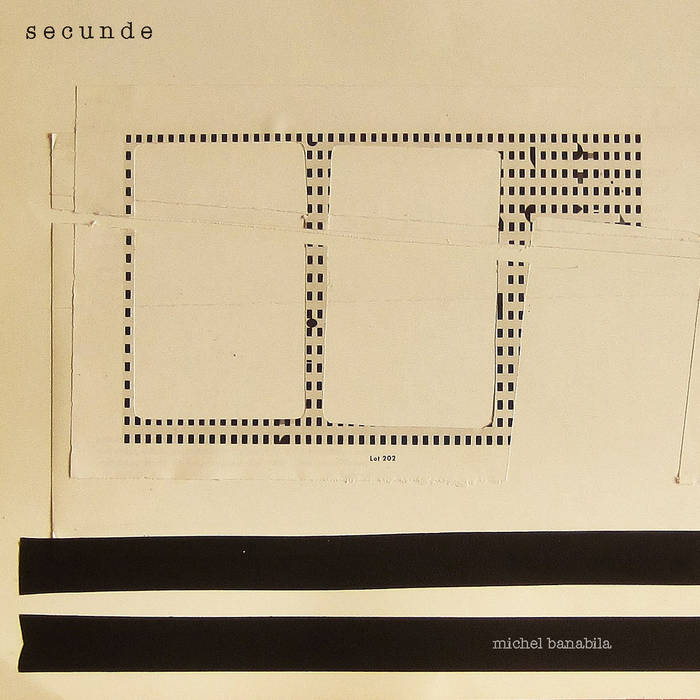 On Tiny Elements I played a few simple melodies and chords with sine tones, with lots of spaces in between, using a sampler without samples loaded. I invited Oene van Geel to play the chords and melodies on the viola and Keimpe de Jong to play some lines on clarinets.

The other 3 tracks are basically made from this first track.

Everything on 'Drawing with Closed Eyes' are sampled parts from track 1, pitched down with a sampler. Drawing with closed eyes is a game I enjoy playing with my daughter. It's exciting to see what we come up with, never knowing exactly what images will reveal themselves ;-) Doing track 2 with the sampler felt a bit the same, since I cannot read or write notes and had no clue what I was actually doing. Just trusted my ears to find the combinations of chords that would go nicely together. So one mix was a fifth lower and one mix was an octave lower. I placed these two lowered files below the original in Logic and subsequently composed the track by cutting from all three files. Sounds were added on the melodica and I asked Keimpe to play saxonett and Ilya Ziblat Shay to play sound effects on contrabass.

Deep Dream is track 2 treated with Michael Norris software. The whole track was transposed lower again, using a sampler. After that I took an improvisation by Oene van Geel, originally played (but not used) on track 1, tuned it down and mixed it together with this track.

For Audio to Midi I asked Radboud Mens to use Ableton Live to transform the audio from track 2 into midi notes, as I was curious about the info of the lowered chords from the sampler.
But the mix was too complex and the result of the midi notes sounded a bit weird. However, these midi notes played by piano samples on higher speed, using an extremely short decay inspired me to make one last track with it. Finally I added some field recording and melodica sounds.

A special thanks to :
Joeri Mol for general feedback.
Yaşar Saka for edits in melodyne.
Radboud Mens for spectral edits in Izotope & a. live audio to midi.

SoundMagic Spectral used on track 3 is a freeware suite of 24 Audio Unit plug-ins by Michael Norris.