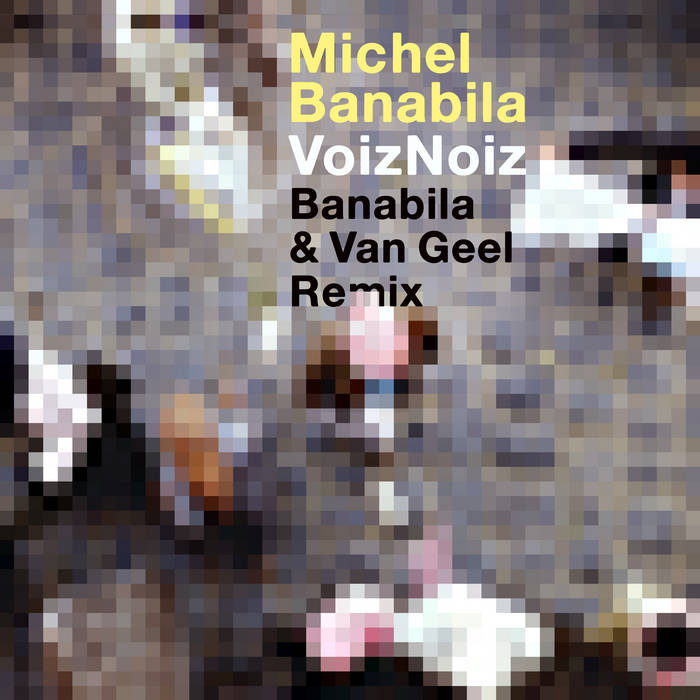 It has been almost two decades since Steamin'Soundworks released Banabila's VoizNoiz CD.The album received great critical acclaim and was licensed to Pork Recordings (UK) and ToneCasualties (USA). VoizNoiz continues to find many afficionados, hence the reason for making it available now on double vinyl LP including a brandnew extended remix with Oene Van Geel playing viola, voice and his amazing cracklebox. The double 175g vinyl is housed in a hardback gatefold cover and is Limited to 234 copies. The new 2018 Remix and the original 1999 album are available separate as download. More music from Banabila's back-catalogue was recently released on vinyl through the Bureau-B and Séance Centre imprints.Banabila continues to release new adventurous music as well, often on his own TapuRecords.

WAX MAGAZINE:
“Banabila strings together 20 soothing skunk funk oddities that delight and bemuse in equal portions. Tender beats, oddball samples, live instrumentation and vocal snippets weave together to make a warming abstract picture, one of those ones that looks good whichever way you hang it”

ALL MUSIC GUIDE:
“The strength of this fascinating found-sound pastiche will be enough to send fans of musique concrete, advanced turntablism, and trip-hop scouring the import bins... -it's an example of medieval technique meeting 21st century technology, and the result is wonderful. This is an exquisite album by an artist who deserves much wider recognition.” (Rick Anderson).

ALTERNATIVE PRESS:
“...Banabila assembles riffs from found-sound and vocal fragments into oddly conversational grooves. This approach recalls Coil, but without their inward-looking menace. VoizNoiz is every bit as post-modern as the work of today's DSP-terrorists, but it's a much easier listen.” (Kent Williams)

VITAL WEEKLY 1148:
"As a bonus there is a new sixteen-minute suite, which is a remix of sounds used on the original and its crafted together by Banabila and Oene van Geel, with whom he regularly collaborates. Van Geel plays viola and crackle box and adds voice. This too evolves around rhythm, but over the course of the piece changes the station quite a bit, while sounds fly in and out, yet none of which are easily recognized from the original pieces. Only towards the end, when things become sufficiently more abstract the viola of Van Geel gets a dominant position in the piece, making a soaring a beautiful end to the album." (FdW)

EXPOSÉ ONLINE:
In 1999 Dutch avant garde / experimental composer Michel Banabila released VoizNoiz, a collection of short experiments with looped samples and electronics. Now Steamin’ Soundworks has reissued VoizNoiz plus some bonus tracks as a double LP and download. Subtitled Urban Sound Scapes, the album is 48 minutes of experimentation spread across 20 tracks, plus a bonus track remix by Michel Banabila and Oene Van Geel clocking in at 16 minutes. All of the tracks impart different aspects of urban life in various locales. Many of the tracks have a Mid-Eastern vibe much like Bryn Jones AKA Muslimgauze who passed away in 1999. Each of the tracks is built upon processed looped voice samples, sometimes just single words, to provide a rhythmic foundation. Then drums, electronics, and keyboards complete each composition. While by and large this is an experimental release, there are moments that hook the listener, such as the catchy phrasing in “Sorokin Blues.” Other sonic touchstones could be Kraftwerk’s 1986 Electric Cafe, most notably “Boing Boom Tschak” and “Telephone Call,” as well 1981’s “Pocket Calculator,” and possibly a bit of Laurie Anderson’s techniques thrown into the mix. The one track that sounds quite a bit different from the rest of the album is “Wonderful Mistakes,” which instead of looped samples, uses gated synth chords, possibly Mellotron, and other odd electronic sounds in unconventional rhythmic ways. These little snippets of sonic explorations ranging from 39 seconds to 4 minutes are the perfect duration. So it was with some apprehension that I approached the 16 minutes remix. I was pleasantly surprised. The remix is quite beautiful in places with the addition, I assume, of Oene’s violin. It would take the dedicated listener is dissect the remix and compare to the other 20 tracks to determine what elements were remixed. But I don’t see much value in doing that. Suffice it to say, the remix with its looped rhythms, found sounds, and violin is excellent. (Henry Schneider)